In the book Structure and Interpretation of Computer Programs:

A computational process is indeed much like a sorcerer’s idea of a spirit. It cannot be seen or touched. It is not composed of matter at all. However, it is very real. It can perform intellectual work. It can answer questions. It can affect the world by disbursing money at a bank or by controlling a robot arm in a factory. The programs we use to conjure processes are like a sorcerer’s spells. They are carefully composed from symbolic expressions in arcane and esoteric programming languages that prescribe the tasks we want our processes to perform.

A computational process, in a correctly working computer, executes programs precisely and accurately. Thus, like the sorcerer’s apprentice, novice programmers must learn to understand and to anticipate the consequences of their conjuring. Even small errors (usually called bugs or glitches) in programs can have complex and unanticipated consequences.

Fortunately, learning to program is considerably less dangerous than learning sorcery, because the spirits we deal with are conveniently contained in a secure way. Real-world programming, however, requires care, expertise, and wisdom. A small bug in a computer-aided design program, for example, can lead to the catastrophic collapse of an air- plane or a dam or the self-destruction of an industrial robot. 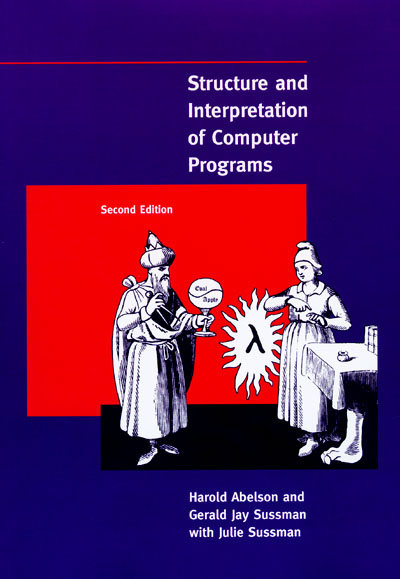 In Colin A Low’s The Hermetic Kabbalah‘s chapter on the sephiroth Yesod: 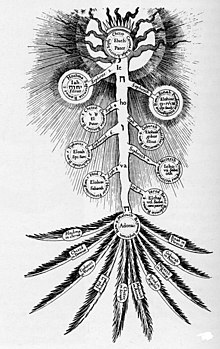 The fundamental nature of Yesod is that of interface; it interfaces the rest of the Tree of Life to Malkuth. The interface is bi-directional…The idea of interface is illustrated in the design of a computer system: a computer with a multitude of worlds hidden within it is a source of heat and repair bills unless it has peripheral interfaces and device drivers to interface the world outside the computer to the world “inside” it; add a keyboard and a mouse and a monitor and a printer and you have opened the door into another reality.

Our own senses have the same characteristic of being a bi-directional interface through which we experience the world, and for this reason the senses correspond to Yesod, and not only the five traditional senses – the “sixth sense” and the “second sight” are given equal status, and so Yesod is also the sphere of instinctive psychism, of clairvoyance, precognition, divination and prophecy. It is also clear from accounts of lucid dreaming (and personal experience) that we possess the ability to perceive an inner world as vividly as the outer, and so to Yesod belongs the inner world of dreams, daydreams and vivid imagination, and one of the titles of Yesod is “The Treasure House of Images”.

Yesod means “foundation”, and that is what Yesod is: it is the hidden infrastructure whereby the emanations from the remainder of the Tree are transmitted to the sephira Malkuth. Just as a large building has its air-conditioning ducts, service tunnels, conduits, electrical wiring, hot and cold water pipes, attic spaces, lift shafts, winding rooms, storage tanks, a telephone exchange etc, so does the Creation, and the external, visible world of phenomenal reality rests (metaphorically speaking) upon a hidden foundation of occult machinery. 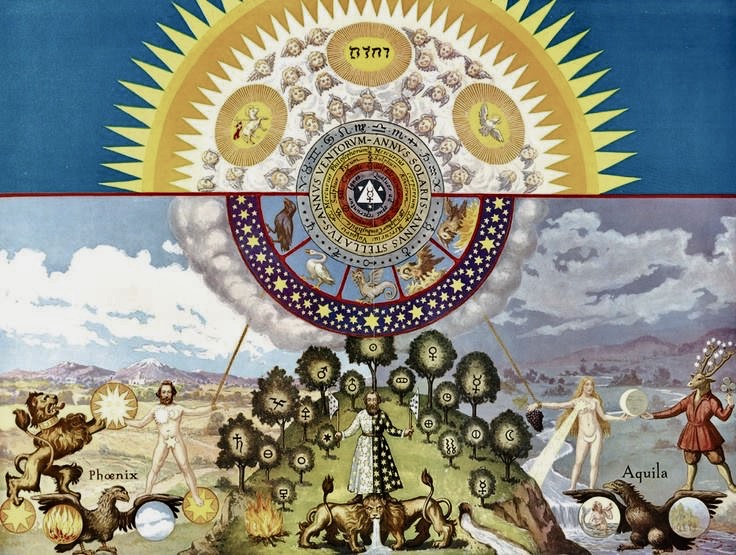 The idea of a foundation suggests that there is a substance which lies behind physical matter and “in-forms it” or “holds it together”, something less structured, more plastic, more refined and rarified, and this “fifth element” is often called aethyr. I will not attempt to justify aethyr in terms of current physics… it is a convenient handle on a concept which has enormous intuitive appeal to many magicians, who, when asked how magic works, tend to think in terms of a medium which is directly receptive to the will, something which is plastic and can be shaped through concentration and imagination, and which transmits their artificially created forms into reality….When I talk about aethyr,  I mean there is an ideoplastic substance which is subjectively real to many magicians, and explanations of magic at the level of Yesod revolve around manipulating this substance using desire, imagination and will.

Yesod [also] has an important correspondence with the sexual organs….the more abstract association between Yesod and the sexual organs arises because the sexual organs are a mechanism for perpetuating the form of a living organism. In order to get close to what is happening in sexual reproduction it is worth asking the question “What is a computer program?”.

Well, a computer program indisputably begins as an idea; it is not a material thing. It can be written down in various ways; as an abstract specification in set theoretic notation akin to pure mathematics, or as a set of recursive functions in lambda calculus; it could be written in several different high level languages – Pascal, C, Prolog, LISP, ADA, ML etc. Are they all they same program? Computer scientists wrestle with this problem: can we show that two different programs written in two different languages are in some sense functionally identical?

It isn’t trivial to do this because it asks fundamental questions about language (any language) and meaning, but it is possible in limited cases to produce two apparently different programs written in different languages and assert that they are identical. Whatever the program is, it seems to exist independently of any particular language, so what is the program and where is it? 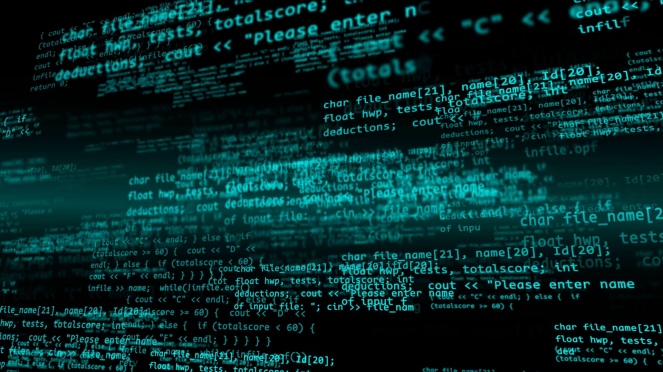 Let us ignore that chestnut and go on to the next level. Suppose we write the program down. We could do it with a pencil. We could punch holes in paper. We could plant trees in a pattern in a field. We can line up magnetic domains. We can burn holes in metal foil. I could have it tattooed on my back. We can transform it into radically different forms (that is what compilers and assemblers do). It obviously isn’t tied to any physical representation either. What about the computer it runs on? Well, it could be a conventional one made with CMOS chips etc…..but aren’t there a lot of different kinds and makes of computer, and they can all run the same program. It is also quite practical to build computers which don’t use electrons – you could use mechanics or fluids or ball bearings – all you need to do is produce something with the functionality of a Turing machine, and that isn’t hard.

So not only is the program not tied to any particular physical representation, but the same goes for the computer itself, and what we are left with is two puffs of smoke. On another level this is crazy; computers are real, they do real things in the real world, and the programs which make them work are obviously real too….aren’t they? 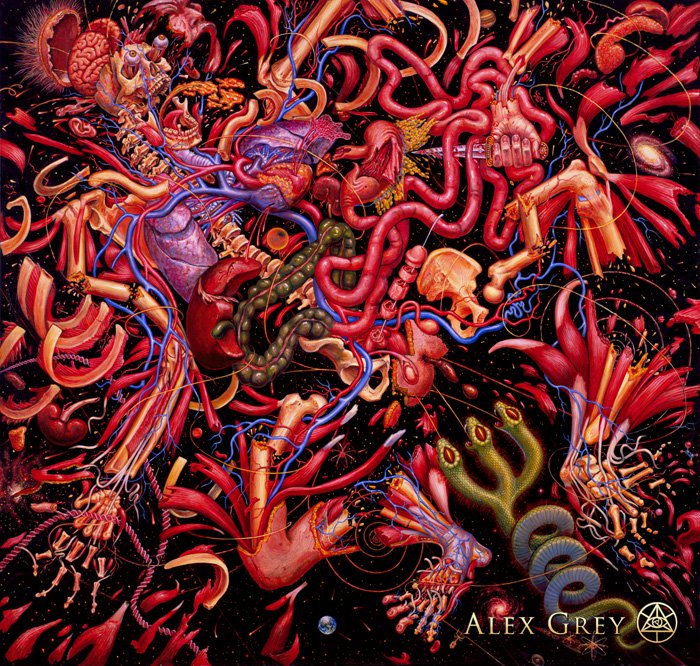 Now apply the same kind of scrutiny to living organisms, and the mechanism of reproduction. Take a good look at nucleic acids, enzymes, proteins etc., and ask the same kind of questions. I am not implying that life is a sort of program, but what I am suggesting is that if you try to get close to what constitutes a living organism you end up with another puff of smoke and a handful of atoms which could just as well be ball-bearings or fluids or….The thing that is being perpetuated through sexual reproduction is something quite abstract and immaterial; it is an abstract form preserved and encoded in a particular pattern of chemicals, and if I was asked which was more real, the transient collection of chemicals used, or the abstract form itself, I would answer “the form”. But then, I am a programmer, and I would say that.

I find it astonishing that there are any hard-core materialists left in the world. All the important stuff seems to exist at the level of puffs of smoke, what Kabbalists call form. Roger Penrose, one of the most eminent mathematicians living has this to say :

“I have made no secret of the fact that my sympathies lie strongly with the Platonic view that mathematical truth is absolute, external and eternal, and not based on man-made criteria; and that mathematical objects have a timeless existence of their own, not dependent on human society nor on particular physical objects.”

“Ah Ha!” cry the materialists, “At least the atoms are real.” Well, they are until you start pulling them apart with tweezers and end up with a heap of equations which turn out to be the linguistic expression of an idea. As Einstein said, “The most incomprehensible thing about the world is that it is comprehensible”, that is, capable of being described in some linguistic form.
I am not trying to convince anyone of the “rightness” of the Kabbalistic viewpoint. What I am trying to do is show that the process whereby form is impressed on matter (the relationship between Yesod and Malkuth) is not arcane, theosophical mumbo-jumbo; it is an issue which is alive and kicking, and the closer we get to “real things” (and that certainly includes living organisms), the better the Kabbalistic model (that form precedes manifestation, that there is a well-defined process of form-ation with the “real world” as an outcome) looks. 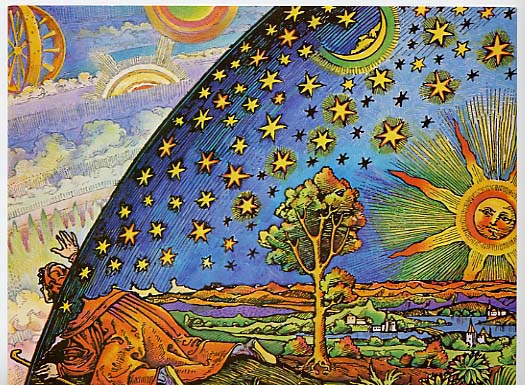 Compare the preceding with excerpts from Werner Heisenberg’s Physics and Philosophy:

Probability in mathematics or in statistical mechanics means a statement about our degree of knowledge of the actual situation. In throwing dice we do not know the fine details of the motion of our hands which determine the fall of the dice and therefore we say that the probability for throwing a special number is just one in six. The probability wave of Bohr, Kramers, Slater, however, meant more than that; it meant a tendency for something. It was a quantitative version of the old concept of `potentia’ in Aristotelian philosophy. It introduced something standing in the middle between the idea of an event and the actual event, a strange kind of physical reality just in the middle between possibility and reality.

In the philosophy of Aristotle, matter was thought of in the relation between form and matter. All that we perceive in the world of phenomena around us is formed matter. Matter is in itself not a reality but only a possibility, a `potentia’;  the matter of Aristotle is certainly not a specific matter like water or air, nor is it simply empty space; it is a kind of indefinite corporeal substratum, embodying the possibility of passing over into actuality by means of the form. The typical examples of this relation between matter and form in the philosophy of Aristotle are the biological processes in which matter is formed to become the living organism, and the building and forming activity of man. The statue is potentially in the marble before it is cut out by the sculptor.

For more of Heisenberg’s understanding of the quantum analysis of nature, click here. A further comparison between Heisenberg and occult philosophy is also given here.

I'm just the caterpillar to my butterfly. View all posts by Ronnie Limestone

I'm just the caterpillar to my butterfly.